Parakeets are a popular pet choice for many people and, when we talk about parakeets, we are usually referring to this little guy!

But, did you know there is so much more to these birds? They come in a variety of colors and have an adorable chirping sound that many owners find soothing.

There are more than 50 different types of parakeets but, unfortunately, some parakeets are extinct. In this blog post, you will learn about some of these types, as well as their habits, habitats, and other interesting facts.

We have compiled some interesting information and pictures of different types of parakeets available.

The Alexandrine Parakeet or Psittacula eupatria, is a popular parakeet found in India, Bangladesh, Sri Lanka and throughout Southeast Asia.It mainly inhabits forested areas, as well as open woodland and cultivated lands. Its primary diet consists of fruit, seeds, and blossoms; it feeds more on the ground than it does among branches in trees like other types of parakeets.

They nest in holes or crevices found in large trees, this type lays 2-4 eggs at a time.

How Does The Alexandrine Parakeet Sound?

The Alexandrine Parakeet is a noisy species that forms large flocks at evening roosts. Its flight is swift and direct, and the call it emits upon landing in groups resembles that of the Rose-ringed Parakeet but with deeper tones.

Generally, the male parakeet has a head that is green with grey-blue cheeks and nape. The neck ring is broad black and there is a pink nape band. There's a brownish-red shoulder patch, and the tail is yellow tipped bluish -green. The bill typically has some red on it as well.

Young birds and females tend to lack the black neck ring and pink nape band when compared to males of a similar age. They are also duller in color.

The Alexandrine Parakeet has five subspecies, each with minor differences in coloration and size.:

Due to pet trade demands, these birds have had their numbers decline drastically in the wild. Even though it is illegal to trade wild-caught Alexandrine Parakeets in India, these birds are being sold in urban bird markets due to the weak law enforcement. This is because they are amongst the most expensive species of parakeets in pet trade. Trending
What Is The Difference Between Male And Female Parakeets?

Hand-raised Alexandrine Parakeets are popular pets, known for their tameness and the ability to talk. They also offer vivid coloring that makes them appealing as a pet. However, due to their long tails, they need tall cages and also a good selection of wooden toys to maintain their beaks.

The Andean Parakeet (also known as Bolborhynchus orbygneisus and formerly known as B. audicolus.) is very small, around 16cm. This parakeet can be found in the wooded upland valleys of the central-eastern Andes in Bolivia and Peru.

He is usually a solid green color with deeper tones of green above and lighter tones below. He also has a hint of blue visible on his wings when flying. Additionally, he has a pale bill and medium-length tail. The Andean Parakeet shares similarities with the Mountain Parakeet but is stockier and darker.

Andean Parakeets are primarily in small flocks but are sometimes in groups of over 300 birds. It also breeds in burrows in steep banks.

Named after the island which it is endemic to, the Antipodes Island Parakeet (Cyanoramphus unicolor), is one of two species of parakeet on the islands and also the largest species in the genus Cyanoramphus. One of the most interesting and colorful parrot species in South America, the austral conure is a red-headed bird that can be found as far south as Argentina.

It is quite a large bird at around 35cm and its feathers are primarily green with some dull red on its forehead and lores (cheek) areas, belly, upper tail area.

The northern part of their range displays less red. At the same time, those living further south have more coloration to them than other birds from this region such as the Quaker Parakeets or Monk Conures.

They live closeby but only reach up into Colombia before they head back northwards for cooler temperatures rather than staying closer towards Paraguay where these delightful creatures reside all year round!

The Austral Parakeet eats a diet of mainly seeds, grass, nuts (including acorns), leaves, fruits like apples and berries but they will also occasionally eat eggs if given an opportunity!

They typically nest in tree cavities for shelter from the cold weather throughout the year. The Austral Parakeet can also be seen roosting during daylight hours when they're not busy collecting food or protecting their nests from other birds of prey.

For the most part, a flock of these birds usually has only 10-15 individuals. Flocks over 100 are known to exist, though.

The Barred Parakeet (also known as Bolborhynchus lineola or Catherine Parakeet), is a bird native to Central America that can be spotted living among different ecosystems throughout its range.

For instance, it can be found in tropical rainforests and even semi-arid areas. 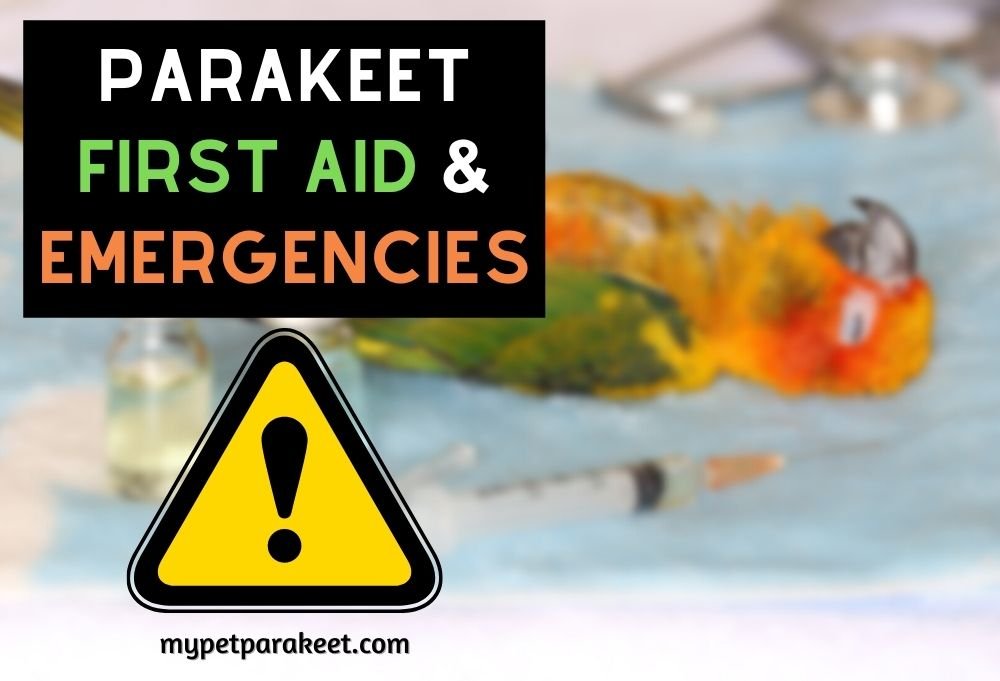 This includes lowland areas where they find many other types of trees surrounding their breeding grounds for protection against predators.

But more commonly these days, they are found in the Andes Mountains of Peru. They live near villages and farms, as well as rural forests high up on mountains, sometimes up to 2000 m above sea level.

Human interference has left the lowland areas scarce with trees, while higher-altitude regions serve them more nutritious food sources during the winter season when it is difficult for them to find food. So, these parakeets spend some of their time on the ground but tend to sleep high up in the trees.

They're usually solitary birds, but they'll form small colonies of 6 to 30, but bigger groups (up to 150 birds) are known. This is generally during the mating season to find a mate. Once that's over with, these colorful parakeets go off on their own again!

These colorful birds love to eat seeds from various plants such as pumpkins or corn kernels, germinated seeds, and fruit, but they also enjoy eating insects like crickets and insect larvae!

They are green and blackbirds with little difference between males and females except in tail color.

The Blossom-headed Parakeet (also known as Psittacula roseata) is a beautiful bird that can be found in Northeast India and Southeast Asia.

These birds are usually driven by food availability, but they occasionally migrate to other areas as conditions change.

The Blossom-headed Parakeet lives among many habitats, including forests and open woodlands, where they find their nesting hole by pecking into tree bark to make themselves at home for the breeding season. This species lays 4 or 5 eggs which are then incubated by both parents for an average length of 23 days before hatching out as adorable little baby chicks ready to explore this big wide world that's waiting just outside those cozy nest holes.

The male has a head crest of bright, vivid colors adorn this bird's head and is usually blue on the top with red around the edges. The underside has greenish coloring with yellow-orange patches near the beak, which are also seen in a line down either side of its neck.

His neck has black stripes that run into each other forming one solid collar around his throat and chin stripe.

Its tail is tipped in yellow, which sets it apart from other species with similar features like Plum-headed Parakeets (Psittacula cyanocephala).

The female lacks the black neck collar and chin stripe patch. The lower mandible is pale, while both of her upper mandibles are yellowish with no red shoulder patches to be seen anywhere around them.

Immature birds have a green head, but this one has more grey coloration on it than baby birds would probably exhibit; she also doesn't have any sort of special markings on her jawline or chest like you might expect from an immature bird either.

The Blossom-headed Parakeet is a gregarious and noisy species with a range of raucous calls. They are known for being one of the most vocal parrots, making up to 30 types of sounds in their native habitat.

The Blossom-headed Parakeet loves to eat fruit and blossoms. They forage for food along branches of trees, where they also drink.

You may see them in Tasmania or on the Australian mainland where they have an olive green body with a blue frontal band that goes across the forehead and eyes. It has yellow underparts that are very distinct among other species of parrots found here. This distinctive coloring makes it easy to identify these birds even from afar!

The Blue-banded Grass Parakeet is sexually dimorphic: The males are more colorful and have vibrant green on their wings. There is also a larger variance in color between females of the same species, as they vary from duller shades to being brightly colored like males.

The blue-banded parakeet is a bird found in many open habitats, including savannah woodland and grasslands. They often feed on the ground, eating seeds as they go along. They are most common during breeding season in Tasmania but migrate to flocks of up to 2,000 birds before autumn when it's time for their migration back down south.

This parakeet is native to South America. You can find them in eastern Colombia and over in northern Argentina. They tend to inhabit the grassland areas and borders of the forest.

Although some people call them conures, they are actually officially a type of parakeet as stated by the American Ornithologists' Society.

This family of birds have many traits:

The breast feathers on Blue-crown parakeets sometimes has a tint of blue, also. However, it is generally green or a cascading yellow-green.

The most interesting trait about the parakeet is its tail which has one side colored red to brown while on top it is green with some maroon shades.

Their legs have pink-brown coloration but their claws are grey in color.

Additionally, they posses very sharp beaks – both upper mandible as well as lower mandibles grow sharper by time passing until adulthood when the birds reach 2 years old; at this point only the bottom part becomes blackish hue. 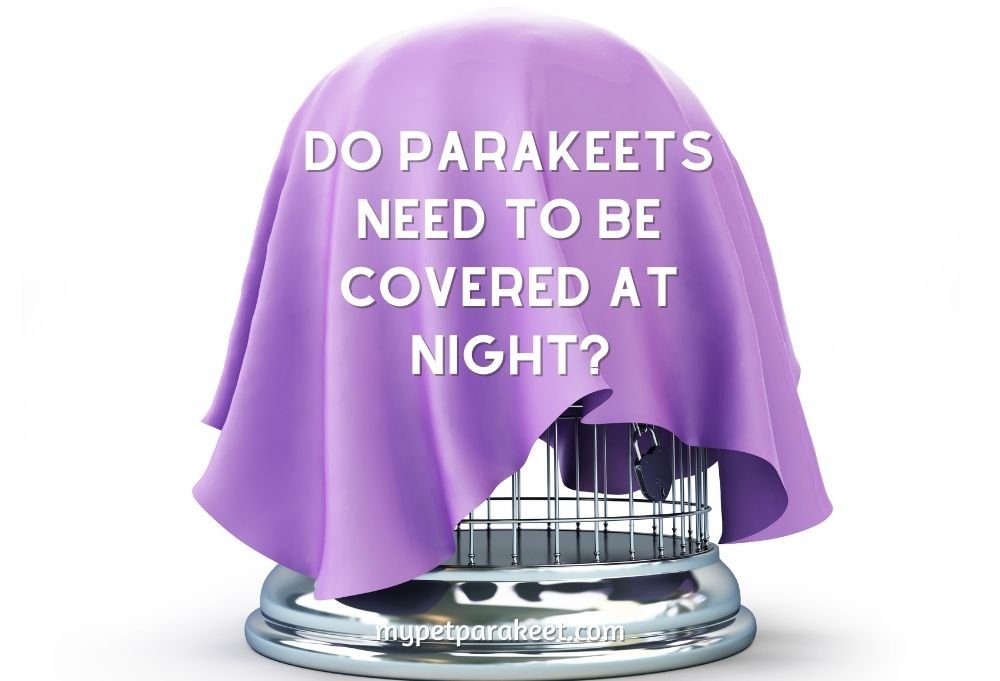