This is a common question and the answer is ‘it depends on a few different factors.'

Generally, most parakeets and cockatiels will get along with each other. Some seem to get along better than others, and some are more likely to get along with other bird breeds. It depends on their temperament and how they were introduced.

If you have a young parakeet or cockatiel, it's best to introduce them to each other slowly so that you can see if they will be able to get along or not. If you have an older bird with a bad personality, it may not be a good idea to try and pair it with another bird.

How can you ensure your Cockatiel and Parakeet get along?

It's important to be very careful about how you introduce your Cockatiel and Parakeet if you want them to be friends!

As mentioned above, if they're both still young, you can try putting them in the same cage together with a barrier between them for a few days. You should start by putting one of the birds into the cage, then when it is comfortable, add the other bird. This way, if they start fighting with each other, you can remove whichever bird was added last from the cage without either being hurt.

In addition, make sure that there are enough perches and toys in the cage for both birds. Having a limited amount of entertainment in the cage will lead them to fight over things.

If your parakeet is your first pet and you are hoping to introduce a cockatiel to the cage, also bear in mind a cockatiel is generally bigger than a parakeet and will likely require more cage space. Ensure your cage is suitably sized.

If they are a little older, it is best to put them in two separate cages. This way, they can get used to each other's presence without feeling threatened. It is best not to put the cages side-by-side, as that will make them feel more nervous and tense than if they were in their own space, which makes it hard for them to bond with one another.

We recommend putting the cages just close enough for them to see and interact with each other.

Socialize with both birds at the same time.

Both parakeets and cockatiels are friendly, playful birds. Try interacting with both birds simultaneously once you have already built individual bonds with each of them. You can play games with them to encourage positive behavior and interaction between them.

Feeding time can be an excellent opportunity to interact with both birds at the same time, too, so take turns feeding each bird their favorite type of food. If you are looking for ways to introduce the birds to one another more easily, give them a mirror.

This will allow them to see themselves as well as each other and should help build bonds between the two because they can identify similarities in appearance, such as colors or patterns on their feathers.

The Differences Between Parakeets And Cockatiels

Although quite similar, parakeets and cockatiels have some differences to be aware of when choosing one or the other as a pet or purchasing a second bird. The chart below should help make these differences clear.

What To Do If Your Parakeet And Cockatiel Fight.

If you notice that your birds cannot get along and start to fight when they are put in the same cage, it is best to take one out and keep them separated.

Then, you can either choose one of the birds as your only pet or find a new home for one of them if you cannot have both.

Leaving them in the same cage in the hopes that they will one day get along is a bad idea. It will only make them more frustrated and aggressive with each other, which can lead to violence in the future.

Other Small Birds You Could Introduce To Your Parakeet.

If you find that a cockatiel is not the right companion for your parakeet for whatever reason, not to worry. There are many other birds you can add to your family. You might want to look up one of the following small birds recommended by Spruce Pets: 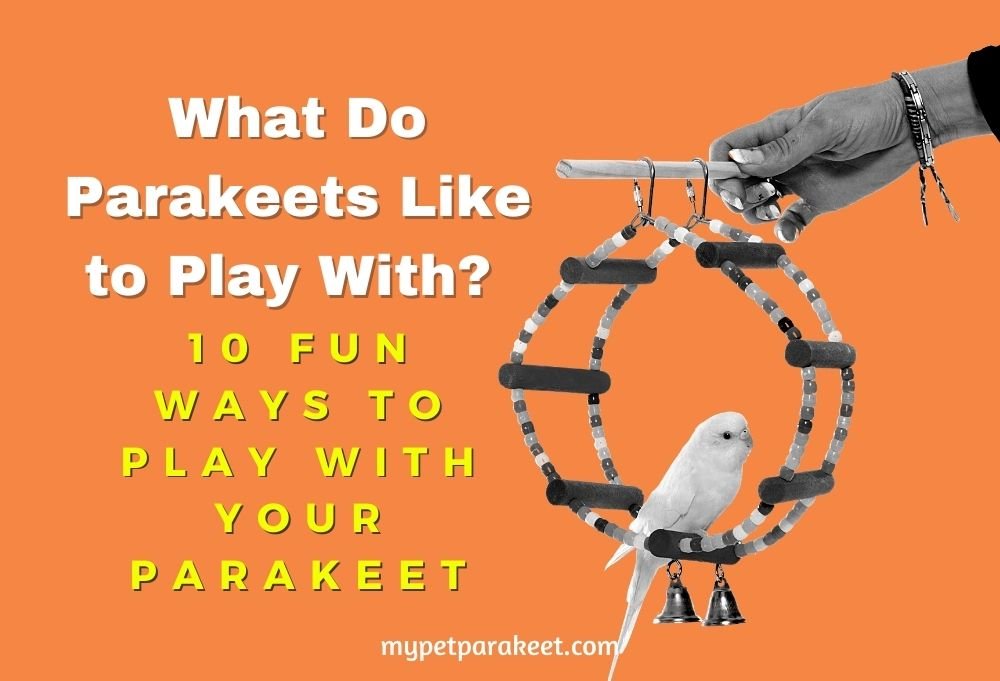